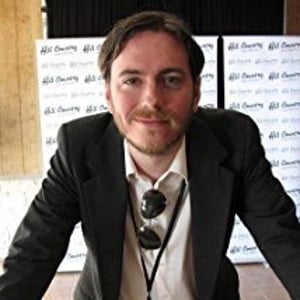 Better Archangel Pictures was founded in 2008 in Austin, Texas by writer and director Craig Whitney.

In 2009, Whitney completed work on his first short film, Harvest Home. The film was produced by Stephanie Huettner and photographed by cinematographer Jameson West.

Better Archangel Pictures released Whitney’s second film, a modern day western entitled The Garden and the Wilderness, in 2011. The film premiered in September of that year at the Rome International Film Festival.

In 2013, The Garden and the Wilderness was selected by the Houston Film Commission for inclusion in its Texas Filmmaker's Showcase, featuring the best of Texas short films from the previous year. During its nationwide festival run, The Garden and the Wilderness was awarded the prize for Best Editing at the 2012 Beverly Film Festival and was nominated for Best Short Drama at the 2013 Trail Dance Film Festival.

Whitney’s upcoming feature film The Red Note will examine violence along the US-Mexico border through the eyes of a family whose lives are touched by a horrific crime. The film, which will be produced by Huettner and Jennie Mosley Pope, is scheduled to begin filming next year.

In addition to his own films, Whitney has also worked in the production department of writer/director Terrence Malick’s feature, The Tree of Life. In May 2010, he directed and produced a concert video featuring Miranda Cosgrove of Nickelodeon’s iCarly in her first ever live performance. Whitney filmed Natalie Maines’ debut music video “Without You” in March 2013, and has also served as first assistant director on Nick Robinson’s short film, I Am Nick Robinson, which was featured at the 2007 SXSW Film Festival. Whitney is also an active participant in the Austin theater community. In January 2008, he directed a production of Don Corr’s play, Stewardess, for its premiere at the Hyde Park Theatre‘s Frontera Fest. He made his return to the Frontera Fest stage in February 2012, directing and co-producing the Austin premiere of Katie Green’s play, Lady Lazarus.
Powered by